The main objective of the forum: To raise awareness of the legal rights of women; dealing with cases of sexual and gender-based violence; and the key role female police officers play in conflict prevention and management.

“I hope that when we disseminate the learning we have received through these interactive sessions, women will recognize their innate power and participate actively in society,” said Julia Awut Wol, a police officer. “We deserve respect and dignity whether we are in uniform or not. “

For her part, Joséphine Yeama Khani, a UNPOL based in Kuajok, believes that it is essential that policewomen are fully aware of the laws governing the rights of victims of sexual violence so that they can investigate these reports with the required sensitivity and confidentiality.

“One of the most terrible legacies of the past civil wars in South Sudan is that a majority of women and girls have suffered some form of sexual or gender-based violence,” said police adviser Khani.

“Therefore, it is of paramount importance that police officers are fully aware of the legal frameworks and protections to which survivors of such violence are entitled,” she adds.

During the workshop, women from local police and other law enforcement agencies gained a better understanding of the national legal framework governing the protection of their rights.

Many participants were unaware of the existence of such legal frameworks and also expressed surprise that abuse does not always have to be physical; psychological or verbal attacks also constitute an attack on a woman.

Participants also discussed topics such as culturally entrenched inequality between men and women and underage or forced marriages.

“Women’s empowerment is not a one-day event; it is a process. We must continue to enlighten each other and the younger generations to ensure their participation in change. “

In addition, the workshop examined women’s contributions to peacemaking and conflict resolution. “Women are essential partners in economic recovery, social cohesion and political legitimacy,” said Ajok Angok, civil affairs officer at the mission’s field office in Kuajok. “Women constitute 50% of society and their participation in mediation processes can encourage various members of a community to participate in peacemaking, contribute to the credibility of the process and increase local ownership of its results,” he said. she continued.

The workshop ended with Brigadier Akuec Beny Machol, Deputy Police Commissioner of the South Sudan National Police Service in Warrap, urging participants to incorporate all the information provided to them into their daily work.

Distributed by APO Group on behalf of the United Nations Mission in South Sudan (MINUSS). 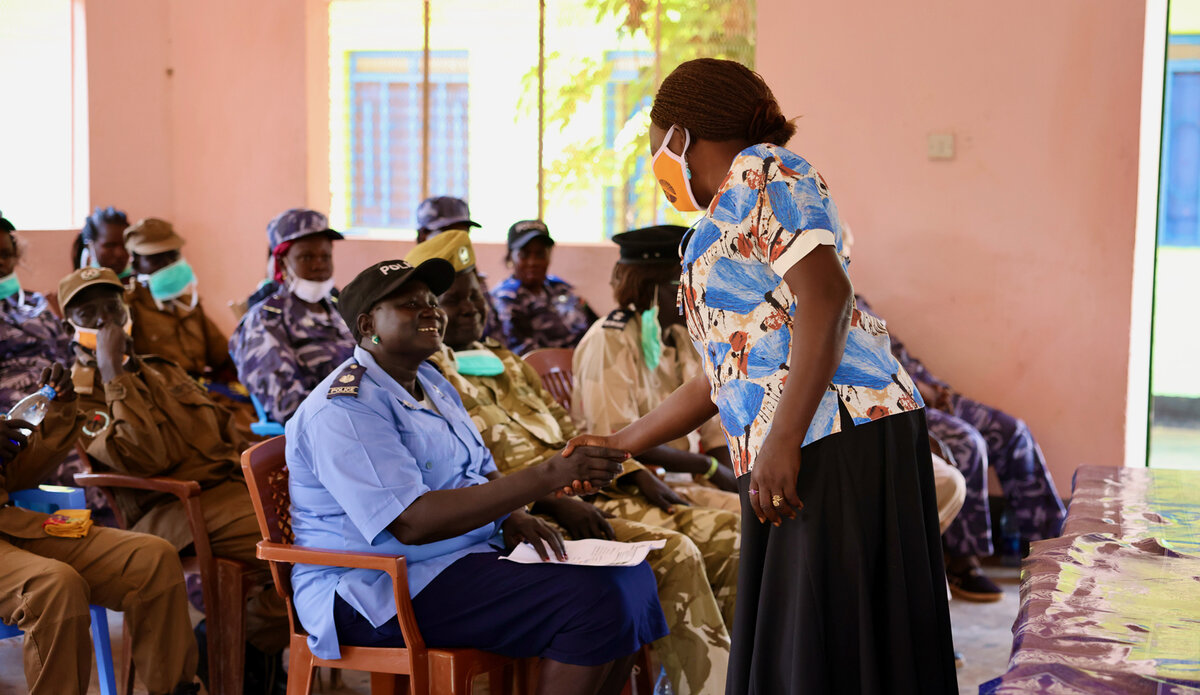 Africanews provides APO Group content as a service to its readers, but does not edit the articles it publishes.

IIT Madras and US Consulate to Host ...